Fear & Creativity: Why Psychological Safety is Crucial for Success

Fear & Creativity: Why Psychological Safety is Crucial for Success

Creativity and Innovation are essential to business success. We need out-of-the-box thinkers who are willing and able to take risks and push ideas forward. These thinkers require a work environment that instills the hallmarks of psychological safety.

Before we dive into psychological safety, let’s begin with a thought experiment. It’s late one Monday evening, and you decide to check your work email one more time before bed. At the top of your emails is an urgent email from a client stating that the specs they received for a project are incorrect. You open the file and realize that you’ve made a mistake. You also recognize that even though you’re responsible for the error, the issue will be resolved more effectively if you bring in other team members. Do you:

If the answer to this scenario is anything but option 1, your work environment likely suffers from a lack of psychological safety.

In 2015, Google published a report detailing their findings around the question: What makes a Google team effective? They expected to find that the teams with the most highly skilled people were the most effective. They didn’t expect to find that it didn’t ultimately matter who was on the team at all. Instead, it mattered how the team interacted with one another, with one key trait rising to the top: Psychological Safety.

Psychological safety is all about a team’s response to risk-taking and mistakes. Google found that teams who encouraged risk-taking and saw mistakes as learning opportunities were the most effective. Teams that demonstrated respect for one another’s vulnerability created an environment of trust and safety, leading to more creativity. Less fear, more innovation.

Long before Google did this research, Dr. Amy Edmondson, researcher and professor at Harvard Business School, was studying hospital teams who were less likely to make mistakes. At first, her findings surprised her: Largely, the most effective and cohesive teams reported more errors, not less. How could this be?

After more careful observation and interviewing, she realized that it wasn’t the number of mistakes that made the difference; it was the number of reported mistakes. Cohesive teams, teams that valued candor, direct and honest communication, and problem-solving – hallmarks of psychological safety – felt most comfortable discussing their mistakes. The focus of the mistake never shifted to the person who made it but to a rich discussion on ways to prevent and avoid similar mistakes in the future.

When people feel afraid of their mistakes, perhaps plagued with the idea that they may get in trouble or fired, they are less likely to bring these mistakes forward. This isn’t just problematic for that one mistake. Sometimes it can result in financial ruin.

According to Dr. Edmondson, psychologically safe environments are rare. This is mainly because we have been programmed to see mistakes as negative and problematic rather than opportunities for growth and learning. This is what makes a continuous improvement mindset crucial to business success. Our assessment team can help you identify potential blind spots and gaps to enable a more psychologically safe work environment.

3 Tips to Build Innovation and Stay Ahead of the Competition

Lean Thinking vs. Old Thinking: How to Embrace the Power of Change Gallery 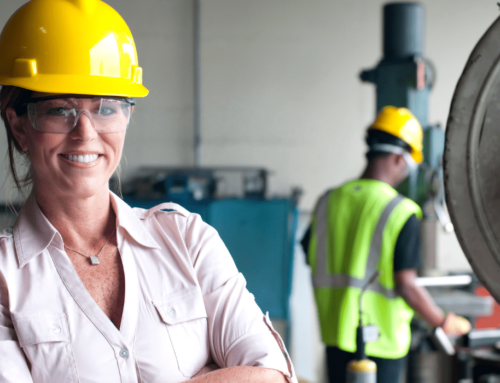 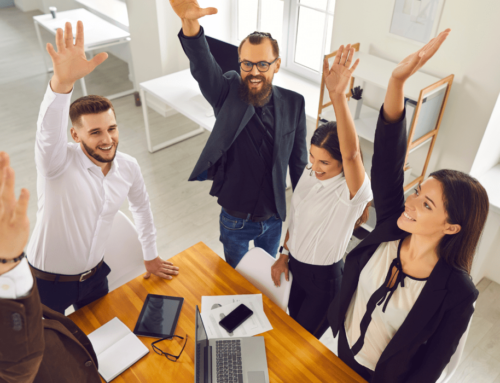